World leaders were officially welcomed to COP26 on Monday November 1, with a host of prime ministers and national leaders joined by Sir David Attenborough and Prince Charles to set the urgent tone for two weeks of critical climate negotiations. Here are the key announcements from day one of the World Leaders’ Summit.

The first full official day was filled with panel discussions, protests and photo ops. Here we bring together the key events in terms of speeches and international commitments. Image: UK Unit COP26

The procedural opening of negotiations took place technically over the weekend, but the start of a new month also served as the starting point for two days of key political speeches and addresses by leaders of the world’s 193 nations. whole.

The first day of what is officially called the â€œWorld Leaders Summitâ€ set a serious and serious tone for the discussions at COP26. High-level speeches by UK Prime Minister Boris Johnson, Italian Prime Minister Mario Draghi and a vibrant call to action from Sir David Attenborough have all made headlines around the world.

Here, edie sums up all the major talking points of the day when eyes around the world were firmly focused on the climate crisis. 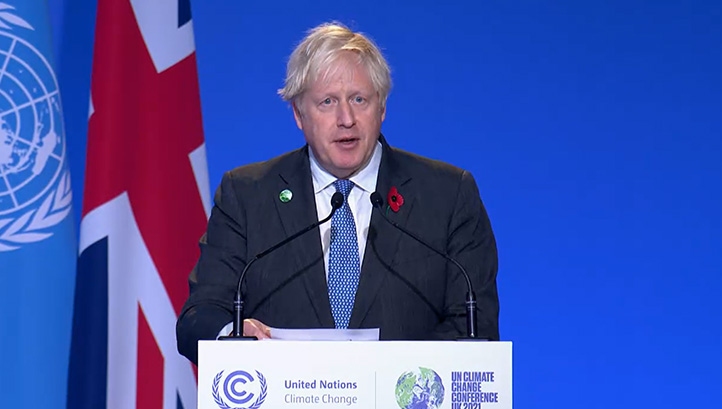 As Boris Johnson took the stage to set the scene for world leaders at COP26, he wondered at what point Glasgow was the moment “when we get real on climate change and we can get real on coal, the cars, money and trees “The four-word slogan refers to his vision of the priorities of international agreements.

The Prime Minister used the opening ceremony for world leaders at COP26 to launch a new UK-based Clean Green Initiative (CGI), which will aim to increase private investment in sustainable and low-carbon infrastructure worldwide.

CGI will see the UK providing more than Â£ 3 billion in climate finance over the next five years to support developing countries. This will include a new Â£ 200million Climate Innovation Facility. The total amount is double what the UK’s development finance institution CDC invested in climate projects from its previous policy period 2017 to 2021.

After Johnson came Sir David Attenborough, who was named the People’s Champion for COP26 earlier this year. He gave a moving speech, recapping how nature and the climate have worsened over the course of his life and career.

Urging people to use â€œhope, not fearâ€ as motivation over the next 12 days, he said, â€œIn my life I have witnessed a terrible decline. In yours, you could and should see a wonderful recovery. “

That is, of course, if world leaders increase their commitments and then honor them.

Attenborough continued, â€œThis story is a story of inequality as well as instability. Today, those who have done the least to cause this problem are among those hit the hardest. Ultimately, we will all feel the impact, some of which is inevitable.

“Is this how our story should end?” A story of the smartest species doomed by this all too human characteristic of not seeing the big picture in the pursuit of short-term goals? “ 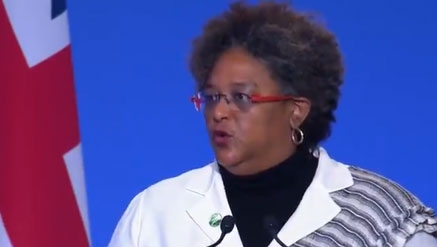 While many headlines in English-speaking countries have naturally featured Johnson, Attenborough, Prince Charles and others from the host nation, speeches today from countries already experiencing the worst physical impacts of the climate crisis were touching. many people in silence – and in tears.

Barbados Prime Minister Mia Mottley called 2C the “dreaded death penalty” for island nations and urged other nations to keep this in mind, saying not to choose to “keep 1.5C alive “is ultimately an active choice. Mottley urged nations to use technologies already available rather than betting on ones that do not yet exist, calling the latter approach “reckless at best and dangerous at worst”.

She also said that if $ 9 billion in quantitative easing could be provided by central banks during Covid-19, meeting the long-standing goal of $ 100 billion in climate finance should be an easier part. negotiations.

Island states, the Least Developed Countries Coalition and others have all played a key role in ensuring that 1.5C is included in the Paris Agreement in the first place, when it is ratified in 2015.

In October, the UN emissions gap report was one of the reminders that nations’ climate commitments will result in a world hotter than 2.7 Â° C since pre-industrial times, which means the devastation of millions of lives and livelihoods.

Nations have been asked to provide last-minute updates to their Paris Agreement NDCs and some of those updates – or pledges to supplement them – have come to fruition.

India has announced a net zero target for 2070 and said it will update its NDC with a commitment to house 500 GW of renewable power generation by 2030. This is expected to represent 50% of the energy supply. from the country.

Brazil has also pledged a more ambitious 2030 target of cutting emissions by 50% by 2030 from a 2005 benchmark. The current target is 43%, but some green groups have argued that the new target is not really an increase, as the Brazilian government pledged 50% at COP21 and then regressed.

The disappointment was expressed in speeches today by leaders including US President Joe Biden and Canadian Justin Trudeau, not to mention the expansion of renewable energy and the phase-out of fossil fuels.

World leaders representing more than 100 countries, which together are home to more than 85% of the world’s forests, announced a new forestry agreement shortly before midnight.

The agreement states that nations should halt deforestation and land degradation by 2030, and enter a period of restoration by then if possible.

When launched, the deal was pledged at Â£ 8.75bn from national governments and Â£ 5.3bn from the private sector. The UK government is providing Â£ 1.5 billion to the initiative. Funding will be given as a priority to developing countries and a significant part will be spent to ensure the protection of the rights of indigenous peoples.

The deal has been widely welcomed but, as with any deal of this magnitude, the devil will be in the details and many are eagerly awaiting full documents.

The organization has been working for several years to phase out coal in the EU and in countries such as Japan, South Korea and Australia. He says the work has already helped shut down 50% of factories in the EU and 66% of those in the United States. But achieving the new goal will require engagement in 25 developing and emerging countries that seek to rapidly increase their coal production capacity as a means of economic development.

“Coal is the number one enemy in the battle against climate change because it is the source of a third of all carbon emissions,” said Michael Bloomberg.

1/3 of global carbon emissions come from burning coal, the main contributor to climate change. I hope Bloomberg’s Global Coal Countdown will help mobilize support for phasing out coal by providing countries with the data needed to take action. https://t.co/WTTABnVMeC pic.twitter.com/NE7Eq79DDy

UN Secretary-General Antonio Guterres has long advocated the elimination of coal in the OECD and the EU by 2030 and elsewhere by 2040. He said today: â€œIf all Planned coal-fired power plants became operationalâ€¦ the Paris objectives would go up in smoke. We need coalitions of solidarity between countries which still rely heavily on coal and countries which have the financial and technical resources to support the transitions. “

The campaign is especially important in light of the fact that, at this year’s G20 meetings, leaders failed to commit to ending national coal-fired power generation. A pledge was made to end international coal funding by the end of 2021, but host Italy had also hoped for domestic funding to end by 2030.

Stay up to date with the latest news from COP26 with the edie live blog.