Developed by SELDA Informatica in collaboration with expert agronomists in the sector, this management software dedicated to companies that already have their own greenhouses producing proprietary plants is already used in the most important Italian horticultural companies and also available in a multilingual version for foreign companies. .

SELDA and winTutor®IRIS: a history of innovation and attention to the needs of the sector
SELDA is a software and services company based in Ascoli Piceno that boasts 45 years of activity in the sector, which has now become an established reality with departments dedicated to management, Business Intelligence and mobile solutions.

The winTutor®IRIS adventure begins from the specialization in the field of business management software, as commercial director and founding member of the company Pasquale De Angelis tells us: “For more than a decade, we had seen through one of our clients in the Marche region that for nurseries in the horticulture sector there was no native software to meet their specific needs, only various customizations that were usually done as part of the classic administrative management that they used.”

“After careful research at national level, we were lucky enough to discover that some agronomists from Abruzzo – specialized in the sector – had in fact distributed a first native software on a PC with a DOS operating system of the time. “

“This software – which they had called IRIS – was already installed as a stand-alone solution in various national realities, but the fact that these agronomists were not computer scientists by profession had led the project to a dead end.”

“However, we managed to acquire this program – together with the IT professional who had written it – and to completely rewrite it with a new modern “object-oriented” language, to finally integrate it into our management software winTutor ® which was already born in a multi-user version, native to Windows and with a relational database in the light of the new technologies of the time.”

“This is how the new solution for this specific sector called winTutor®IRIS was born.” 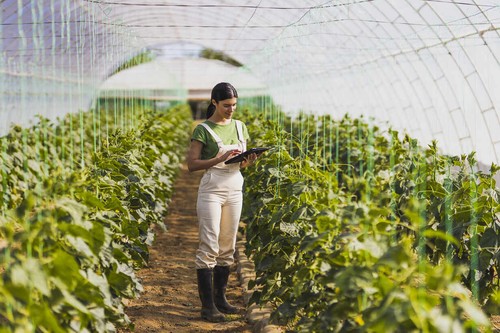 Peculiarities and advantages of a state-of-the-art tool
“It must be said that – continues De Angelis – in addition to predominantly technological innovations, given our experience as SELDA in the metallurgical production sector, we have introduced the concept of ‘Bill of Materials’ in agriculture , or rather in a production cycle it no longer has anything to do with mechanical parts, but with living plant organisms.”

“As this is a sector of the primary economy, we immediately took care to guarantee traceability from the seed to the single production batch, by highlighting beforehand the failures to ensure the safety and the superior production quality of the plants, then by completing all the legal obligations up to the Green Passport.

“In doing so, we were able to evolve and develop one of the few – if not the only – programs native to this industry, immediately giving continuity to customers who had the old single-user version and gradually gaining new ones throughout. along the national territory.

“Today, winTutor®IRIS is present in more than 40 companies in the horticultural sector in all regions of Italy, including the islands of Sicily and Sardinia.”

The Sicilian example as a source of inspiration for the management software
“A separate discussion – De Angelis tells us – deserves Sicily, which in the horticultural sector, especially in the eastern part of the province of Ragusa with areas such as Vittoria, Scicli, Modica, represents one of the most progress in the world.”

“In modern agriculture, in fact, only cereals are sown, while garden products such as tomatoes, melons, watermelons, lettuces, courgettes, peppers, aubergines, etc. require the purchase of seedlings from specialized nurseries, thus ensuring superior yield and quality for agricultural or vegetable production.”

“It was the Sicilians who implemented the technique of grafting to strengthen certain species, and the management of this particular cycle has been present for more than a decade in our winTutor®IRIS solution.”

A look beyond the border
“SELDA – continues De Angelis – now with a privileged observatory of more than 40 client companies in the horticultural sector, among the most important at national level, continues to invest heavily in this sector, releasing important innovations and improvements every year.”

“All this has made winTutor®IRIS a powerful and intuitive solution, able to quickly and easily cover all major business needs, and ensure precise control of costs and all the most important business processes. new Business Intelligence module has already been included for some time, thanks to the collaboration with Qlik® Control “dashboards” have been created to help entrepreneurs not only to make important decisions, but also to be able to predictive analytics.

“Being Italy, as already mentioned, at the forefront of the world in the horticultural sector, and having conquered national leadership, in recent years our software solution has become internationalized and is used by one of the nurseries of most important tomatoes in California and an important Russian Group on the border with Georgia”, concludes De Angelis.