In the 13th century, during the Yuan Dynasty (1279-1368), the Venetian merchant and explorer Marco Polo traveled east along the ancient Silk Road and settled in Yangzhou, Jiangsu province, in eastern China, where he became a local official.

Eight hundred years later, another sinologist has chosen to travel from northern Italy to eastern China to discover and study the culture she loves. Living in China for 35 years, Gabriella Bonino, or Tang Yun as she calls herself in Chinese, considers herself the “Marco Polo of a new era”.

Bonino first came to China in 1987 after receiving a scholarship from a Chinese university. Later that same year, she continued her studies at Beijing Language and Culture University and has lived in the Chinese capital ever since.

In addition to her work as a television host, which she has been doing for 20 years, Bonino spends most of her time studying Chinese history and classics such as the collection of mystical stories. Strange Tales from a Chinese Studio and The Confucius Talks better understand Chinese culture and society.

The Italian sinologist’s connection with China began long before she arrived in the country.

From Latin to Ancient Greek, Bonino has always had a deep love for ancient languages, which eventually led her to take an interest in Chinese. Bonino told the Global Times that she chose her Chinese name from one of her favorite classical works – The Three Hundred Tang Poemsan anthology of poems from the Tang dynasty (618-907).

“My name ‘Yun’ means clouds, which derives from my favorite Li Bai poem, ‘Leaving Baidi Town Early.’ The verse says: At daybreak, I left Baidi, amid fiery clouds; a thousand miles to Jiangling, it only takes a day to go,” she said.

While a student, Bonino once went to Paris for a vacation. While visiting a local museum, she was completely captivated by the beauty of the Chinese porcelains on display.

From this encounter, his curiosity for China only increased, eventually leading him to apply to study in the country.

Working in media in Beijing, Bonino was fascinated by the things she experienced as she walked the alleys and streets of China’s major cities and rural countryside, bearing witness to the rapid changes China went through after the reform and ‘opening. in 1978.

In Wenzhou, eastern China’s Zhejiang, a region that pioneered the policy of reform and opening up, Bonino met Zhang Huamei, a 19-year-old woman who received the country’s first-ever business license for a household. private industrial and commercial since the policy was announced. In the countryside, Bonino is the latest in public transport, as improved infrastructure has helped reduce poverty in poor areas.

In order to dispel prejudices and present the real China that she saw with her own eyes every day, she compiled her real experiences following China’s social and economic developments and people’s lives in the Chinese bilingual book- Italian The Chinese journal of contemporary women Marco Polopublished in 2010. 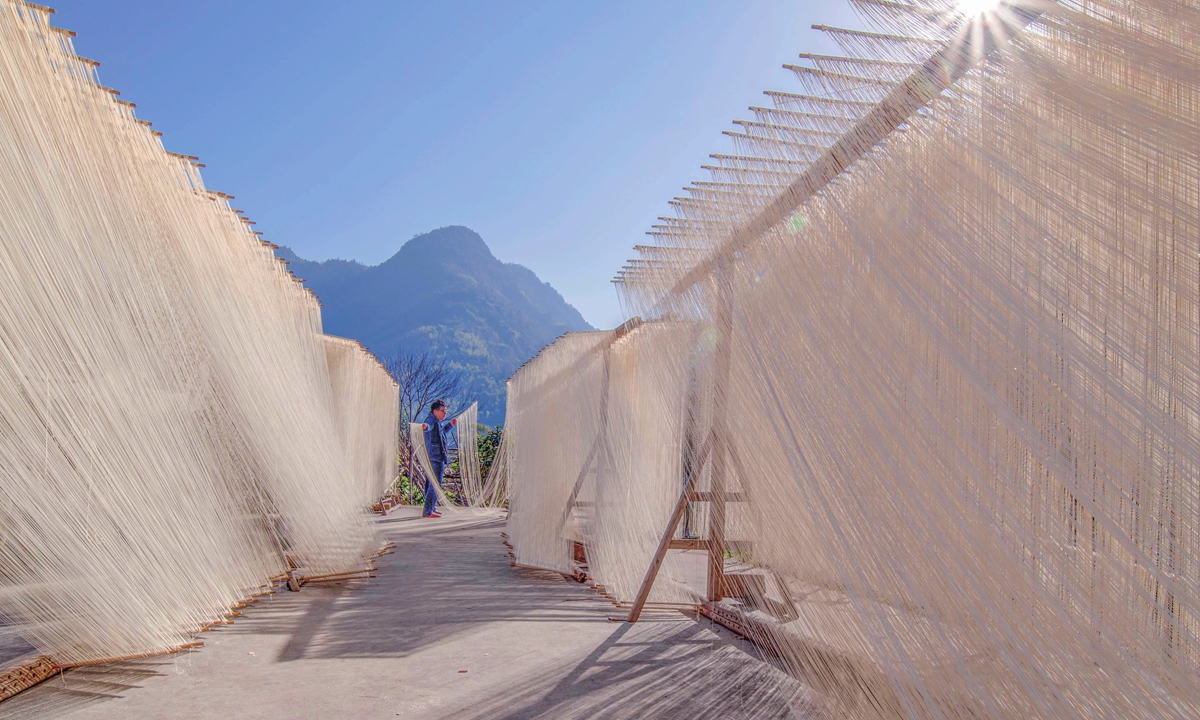 “You know, even though I started learning more about Chinese culture when I was a student, my understanding of China when I was living in Europe was completely different from the actual experiences I had while living and working in China,” Bonino noted.

As two representatives of the ancient civilizations of East and West, China and Italy were first connected by the Silk Road hundreds of years ago. In recent years, cooperation between the two sides in areas such as culture has deepened. However, the question of how to give Italians a complete picture of China still troubled Bonino. Fortunately, she set her sights on a new field about two years ago: intangible cultural heritage.

The small town she set foot in is Rui’an in Zhejiang province. The 1,700-year-old village is small but has more than a hundred valuable cultural heritages, ranging from cuisine to handicrafts, which are still used by locals today.

“Intangible cultural heritage is what comes closest to people in a place. It is something that people deal with every day in local areas and it is indispensable. It preserves the feelings and memories of local people” , Bonino said.

From the Song dynasty (960-1279), lacquer wares with mobile woodblock printing; stringed musical instrument guqin in Zhejiang Province to local puppet plays, Bonino has visited dozens of intangible heirs over the past two years. She published what she learned in Italy earlier in 2022 in the 100,000 word book 64 Rui’an Intangible Cultural Heritage.

Earlier in 2016, Bonino published a book in Italian on the Belt and Road Initiative in which she detailed the impact the initiative had on China’s development.

“Experts and scholars from various fields were eagerly waiting to participate in [the Initiative] in a way, including myself, a cultural scholar,” Bonino said, commenting on this international platform while introducing her upcoming book, which will focus on the Maritime Silk Road.