The next station is …

As a renowned tourist destination, Hangzhou has an abundance of scenic and cultural resources which are connected by subway. We will present attractions along 11 metro lines and a complete picture of the historic city.

Since the opening of the Hangzhou subway system in 2012, traveling on subway lines has become a popular choice for tourists. Over the next 10 years, 11 metro lines were put into service, connecting the city center with suburban areas.

Subway Line 2 connects Liangzhu City and Xiaoshao District, passing through Qianjiang New Town, Gongshu, Xiacheng and Xihu Districts with a length of 30.5 kilometers and 24 stations. Shanghai Daily introduces some cultural heritages along the subway that are worth seeing.

In 1897, he established the Qiushi Academy to improve literacy levels and spread new ideas among the public. Thirty students were enrolled in the first year. Classical Chinese philosophy and modern subjects such as history, geography, chemistry, physics and music were taught. Students trained by the academy have made many important contributions to China, becoming a source of revolutionary ideas in Zhejiang province.

In the 1920s, the academy became Zhejiang University. A century later, it ranks among the top five universities in China. Although everyone in Hangzhou knows about Zhejiang University, few know that a hidden house tucked away on Daxue Road is the original site of the prestigious school.

At the end of the Qing Dynasty, Lin turned the old Puci Temple into an academy. The original architecture has been preserved. Today, although passers-by rarely pay attention to this traditional building, its status in China’s educational history cannot be ignored.

How to get there: Get off at Qingling Road station 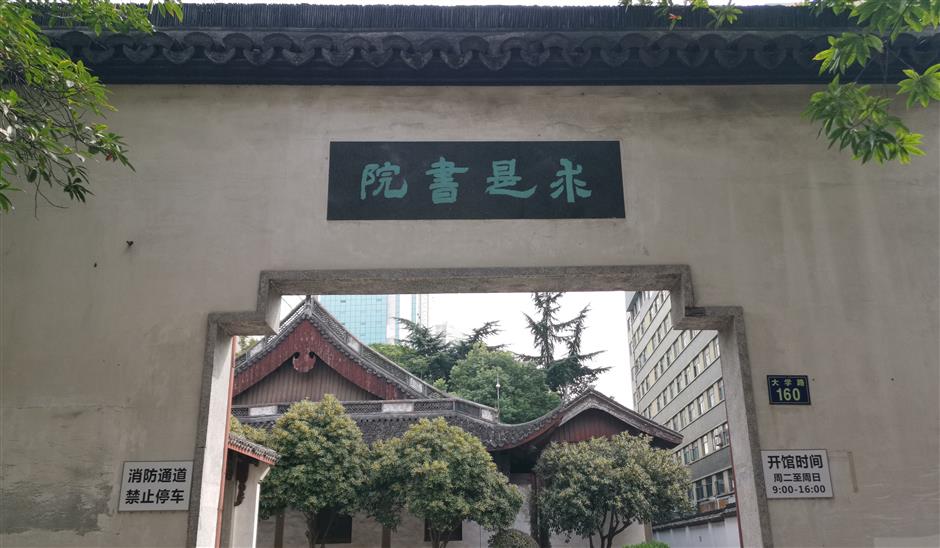 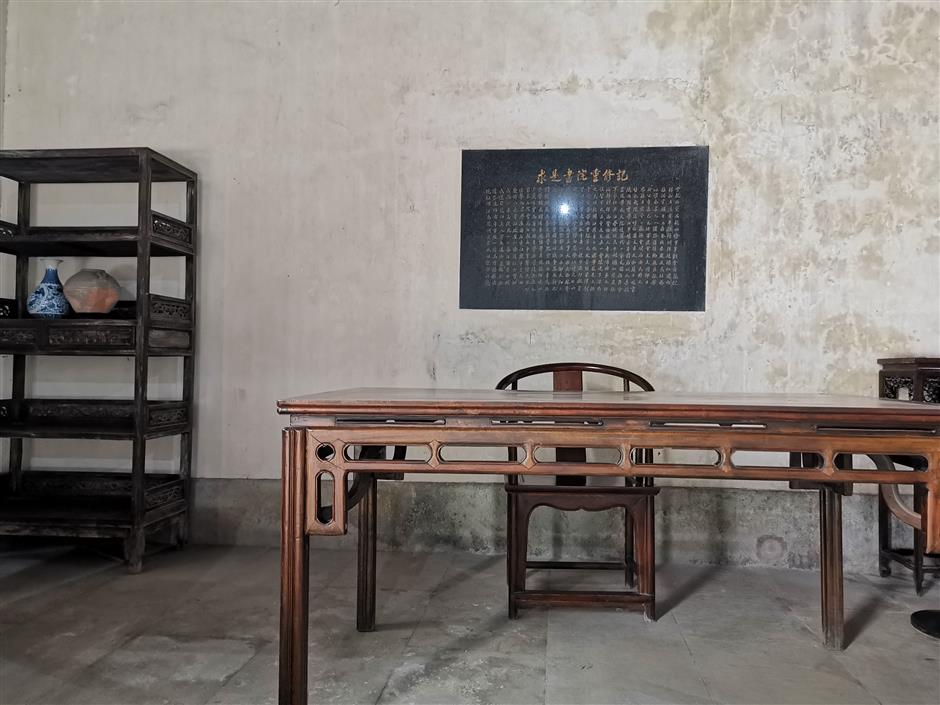 Ren’ai literally means “kindness of heart” in Chinese. In the 1920s, Sister Hacard, a French Catholic nun from the Sisters of Charity, built it as the first Western hospital in Hangzhou. According to records, the hospital had the city’s first X-ray machine and was at the forefront of new medical treatments at the time.

Today, the original buildings and a Gothic church are part of the present Hangzhou Red Cross Hospital. These old buildings with red brick, stained glass and western architectural style add vintage elements to the modern hospital.

In the 1930s, a crèche was established at Ren’ai Hospital. Abandoned infants and children were taken there and brought up by nuns during times of war. In a bid to pay homage to the kind-hearted French nun, a new statue of Sister Hacard has been erected on the former site of Ren’ai Hospital.

How to get there: Get off at Jianguo Road N station. 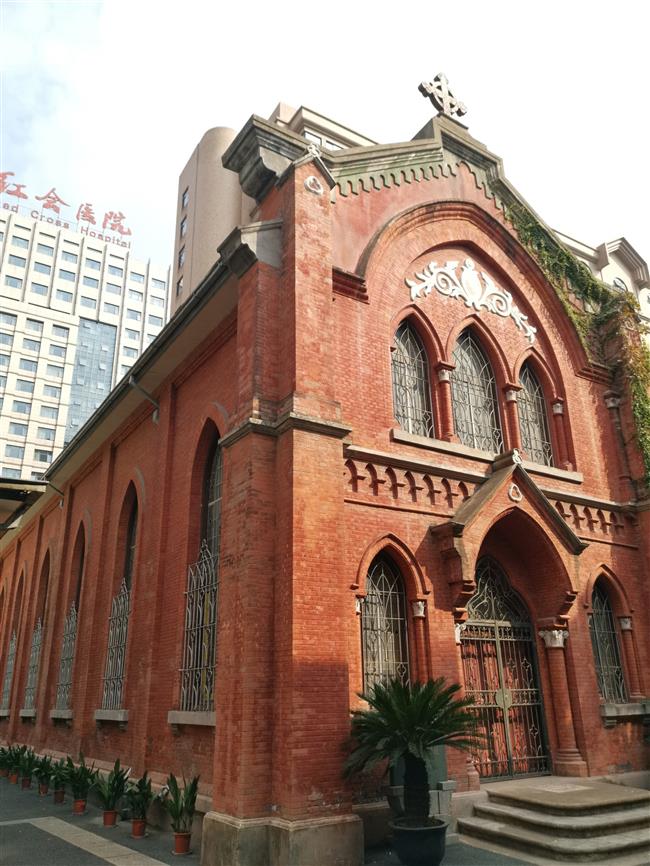 In an effort to protect the Neolithic ruins of the ancient town of Liangzhu, the terminal station of subway line 2 only extends to Liangzhu town. Visitors must take a shuttle to the park.

Liangzhu City Archaeological Ruins Park opened to the public in July 2019, attempting to recreate the original appearance of the site at its height, blending in with the natural surroundings of waterways and wetlands. It serves as a platform to display the ancient civilization and introduce its historical value to the public.

Liangzhu City includes ruins with remains of palaces and altars, 11 early-stage dams, and high-level cemetery sites. It is the heartland of the ancient Liangzhu civilization which was China’s first civilized state and covered present-day Shanghai, Zhejiang and Jiangsu provinces.

How to get there: Get off at Liangzhu Station and take a shuttle 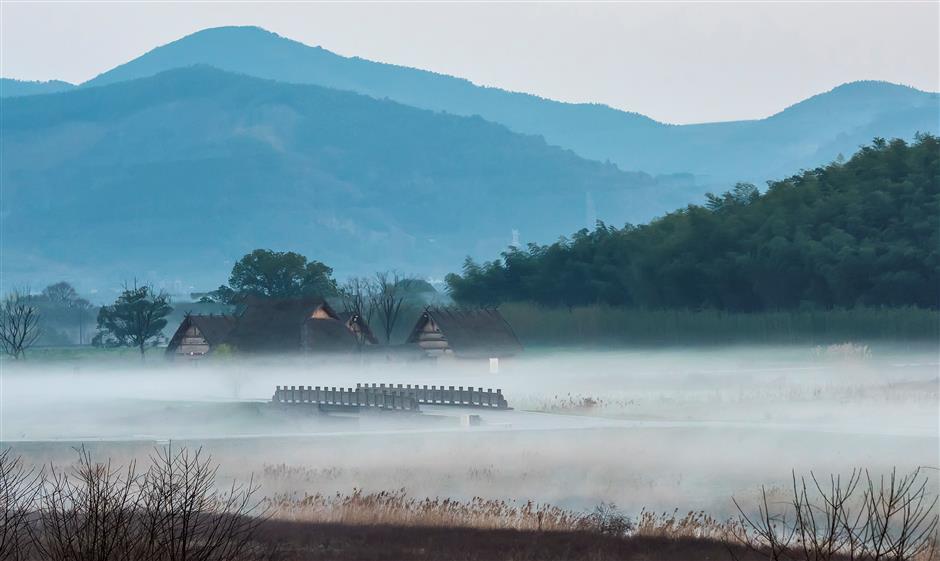 The metro also crosses the Tiesha River. In ancient times, almost every city in China had a moat, helping to protect the city in times of war and providing an easily accessible source of water to put out fires.

The Tiesha River, dug in 861 AD during the Tang Dynasty (618-907 AD), was originally the Hangzhou Moat. In modern times, its function has shifted to water conservation. The local government has cleaned up the environment in the river area, including dredging and increasing green spaces. The river is now an ideal place to take a walk, fly a kite or go fishing.

This ancient wall is located on the former site of the Qingchun City Gate at the intersection of Qingchun Road and the Tiesha River. Its appearance is based on the old city walls. The first level features an arched doorway constructed from gray brickwork, while the second is a wooden structure with upturned eaves.

How to get there: Get off at Qingling Road station