Mysterious ancient stone spheres found in Aegean and Mediterranean settlements have potentially been used in a prehistoric board game! A new study, aided by artificial intelligence (AI), has looked at the common characteristics of 700 stones believed to be between 3,600 and 4,500 years old, found in the Bronze Age city of Akrotiri on the volcanic Greek island of Santorini.

The prehistoric Bronze Age settlement of the Cyclades (3200 – c. 1050 BC) was destroyed during the Theran eruption in the 16th century BC and was covered in volcanic ash. Just like in Pompeii, the volcanic ash has acted as an archaeological preservative, which has uncovered beautiful frescoes, artifacts and works of art since excavations began at the site in 1967.

“The exact use of such artifacts remains a mystery, possible interpretations suggest that they are some form of counting system or counters for board games,” write the authors of the new study.

Archaeologists from the University of Bristol – Christianne Fernée and Konstantinos Trimmis from the Department of Anthropology and Archaeology, had published a study on similar grounds last year. Refining their earlier work, their new study has been published in The Journal of Archaeological Science: Reports which also suggests alternative explanations for stone spheres – sling stones, throwing balls, for a counting/recording system, or as tokens/pawns.

“Similar stones have been found in Crete, other Aegean islands, Cyprus,” says Dr Trimmis. “They all come out of excavations and people are still confused about what the stones are.”

The previous study had shown that the ancient stone spheres varied in size, specific groups and collections of spheres, where there was some sort of coded pattern or game logic. The adoption of AI and machine learning was implemented, with a desire to explore patterns with these spheres and see if this initial idea suggested something much more.

The stones are no bigger than golf balls and are made from different colors and materials. There are also stone slabs with shallow cupules (called kernos), suggesting that this was where the spheres were placed. In the end, 2 groups of larger stones and 2 groups of smaller stones were classified separately in the analysis. 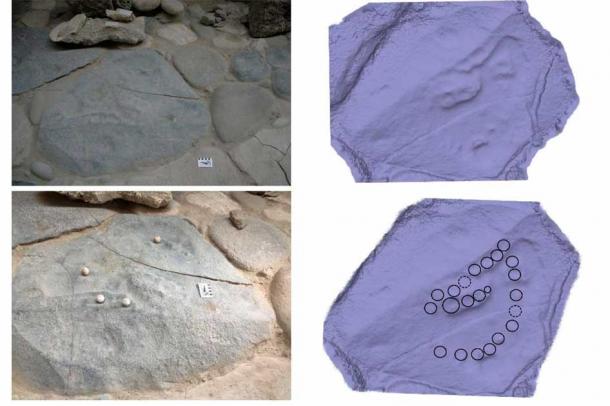 The kernos (slab with cut marks) in front of the Maison des Bancs and an interpretation of how the spheres could be associated. ( Konstantinos Trimmis )

Board Games: A Competitive History

Dr Ferneé said: ‘The most important finding of the study is that the spheres correspond to two main groups (one of smaller stones and the other of larger stones). This supports the hypothesis that they were used as counters for a board game with the spheres most likely to have been collected to fit those clusters rather than a counting system you would expect more from of groups.

The oldest known examples of board games in the world come from the Levant region and Egypt – in particular the Egyptian games Mehen and Senet. Senet was played as early as 3100 BC, when the first dynasty was on the verge of extinction, according to Smithsonian Report , while Mehen was played somewhere between 3100 and 2300 BC. Mehen declined with the fall of the Old Kingdom of Egypt, and its rules therefore remain a mystery. 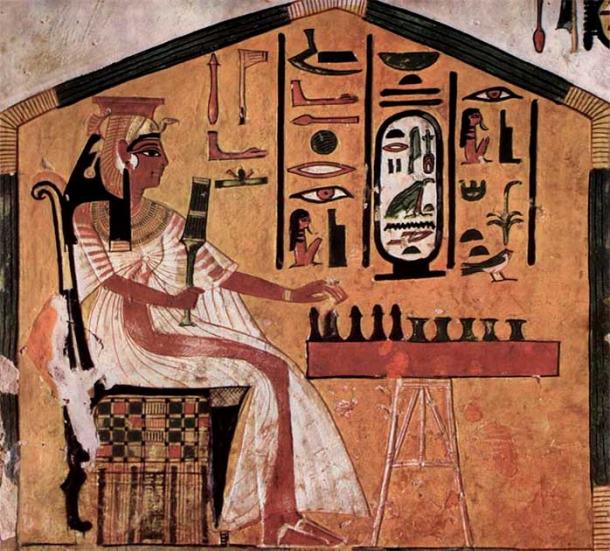 Representation of an ancient Egyptian queen playing senet (“game of death”) from the burial chamber of Nefertari, wife of Ramses II. ( Public domain )

These weren’t the only ancient board games – Roman legions spanned time Ludus Latrunculorum , or the “mercenary game”. The Vikings were playing Hnefatafl in Scotland, Norway and Iceland. To the east, in India, Chaturanga was born, which laid the foundations of modern chess.

In 2013, the rest of the world oldest game pieces were discovered 5,000 years ago in southeastern Turkey, created by a group of Bronze Age humans. This game, by the way, was also an elaborate set of carved stones.

Dr Trimmis placed the game in a wider historical context, saying: “The social importance of the spheres, as indicated by the way they were deposited in specific cavities, further supports the idea that the spheres are part of a game that was played for social interaction. This gives new insight into social interaction in the Bronze Age Aegean.

They now plan to apply this methodology to stone slabs, to find any possible clustering in the cut marks. They also hope to use this AI to determine how the game was played, its rules, and how it compares to other games from the same era.

Top image: Achilles and Ajax play “pessi”, an ancient Greek board game. Mysterious ancient stone spheres may have been used in a board game. Source: Egisto Sani / CC BY-NC-SA 2.0