Also for 2022, the Italian Ministry for Ecological Transition has authorized the release of Ganaspis brasiliensis, the parasitoid imported in 2020 by the Edmund Mach Foundation which fights Drosophila suzukiiAsian fruit fly (see picture below). 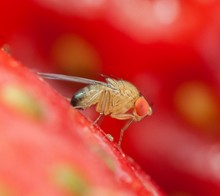 The release of Ganaspis had already started in mid-June following a first decree which authorized launches on sites where it had already been authorized in 2021, but at the start of the week the final green light arrived at the Department of Agriculture of the province of Trento for some additional sites. 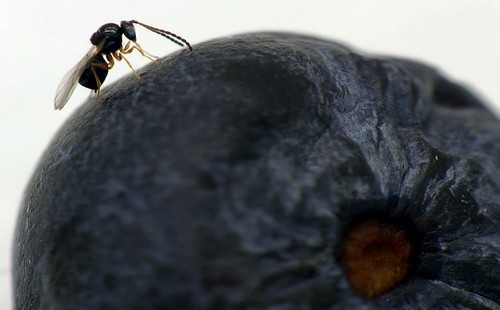 The other regions that have participated in the biological control project to date, in addition to the provinces of Trento and Bolzano, are Veneto, Valle d’Aosta, Piedmont, Emilia-Romagna, Campania, Sicily and the Puglia. From this year, Lombardy and Tuscany will also participate. 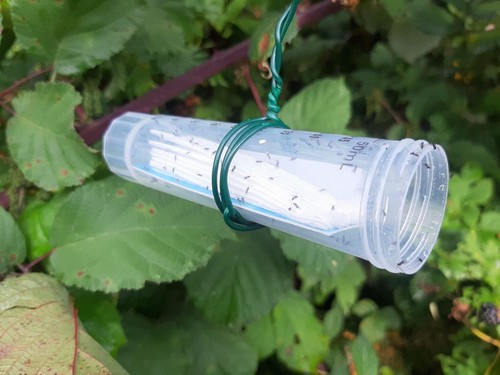 News of the expanding releases was welcomed by the Edmund Mach Foundation, where researchers and technicians spent months in quarantine rooms raising and propagating Ganaspisan insect native to the Far East and harmless to humans.

It was possible to resume Ganaspis in 50% of the sites where the insect was released last year after the first release season, indicating a high rate of establishment of this parasitoid and its effectiveness in controlling the Asian fruit fly.

Increasing the number of sites by 2022 will promote the spread of this effective natural enemy of the Asian fruit fly, which will reduce the infestation of cherries and soft fruits in the years to come.