(RNS) – Each week, Religion News Service features a photo gallery of religious expressions from around the world. This week’s photo selection includes summer and winter solstice celebrations, the new Archbishop of Manila and more.

Note: RNS expands photos of the week to include photos of readers. Please submit current photos of your practice of religion, spirituality or beliefs HERE.

People walk around a bonfire celebrating the summer solstice in the village of Okunevo, northeast of the Siberian city of Omsk, Russia on Monday, June 21, 2021. The Ivan Kupala festivities , or John the Baptist, are similar to Mardi Gras and reflect pre-Christian Slavic traditions and practices. (AP Photo / Evgeniy Sofiychuk) 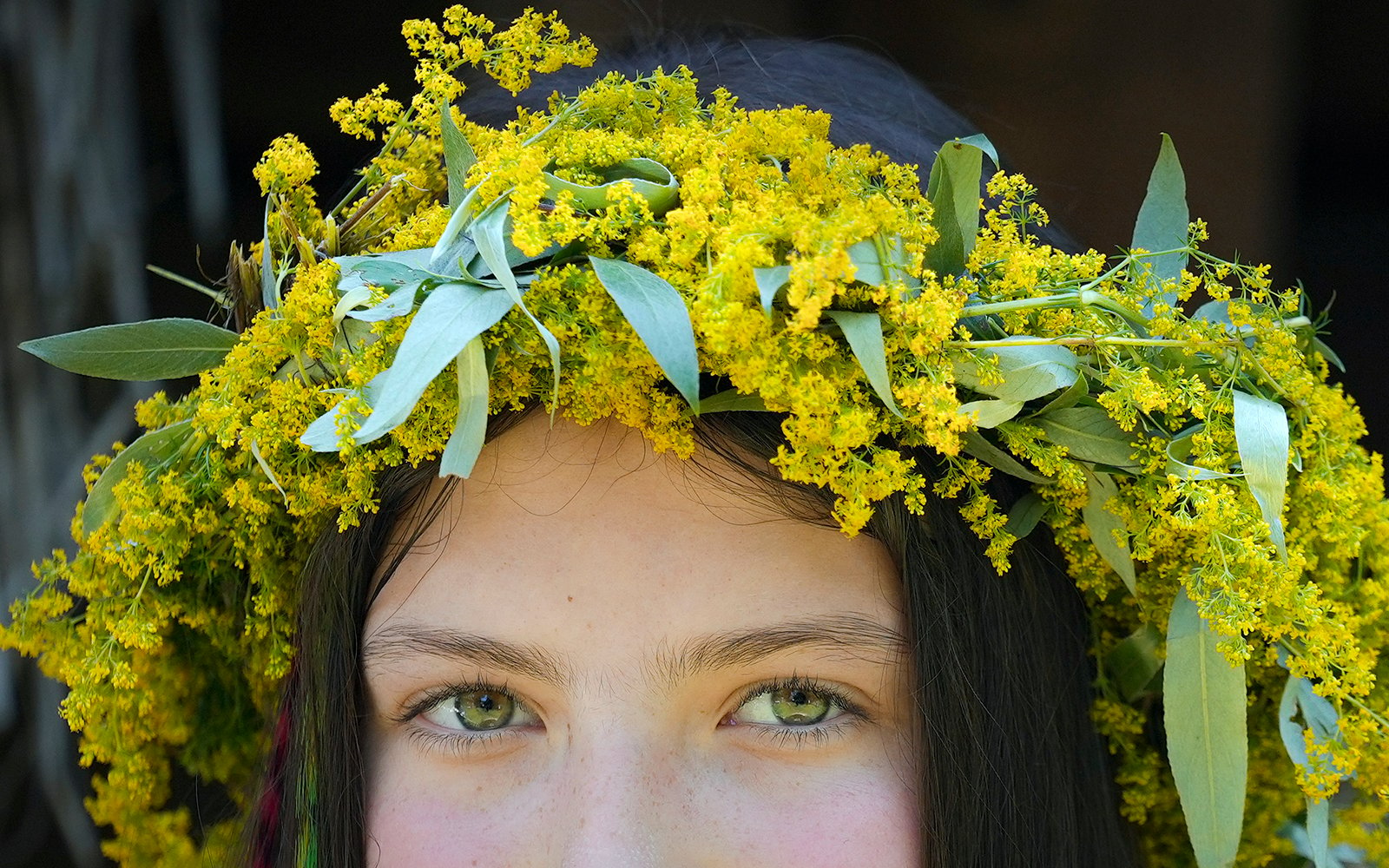 A young girl wearing a wreath of flowers takes part in an event inspired by pre-Christian traditions at the Dimitrie Gusti village museum in Bucharest, Romania, on Thursday, June 24, 2021. According to pre-Christian traditions, the fairies, called “Sanziene” in Romanian, come to earth around the summer solstice bringing fertility to the earth and to beings for the coming summer. (AP Photo / Vadim Ghirda) 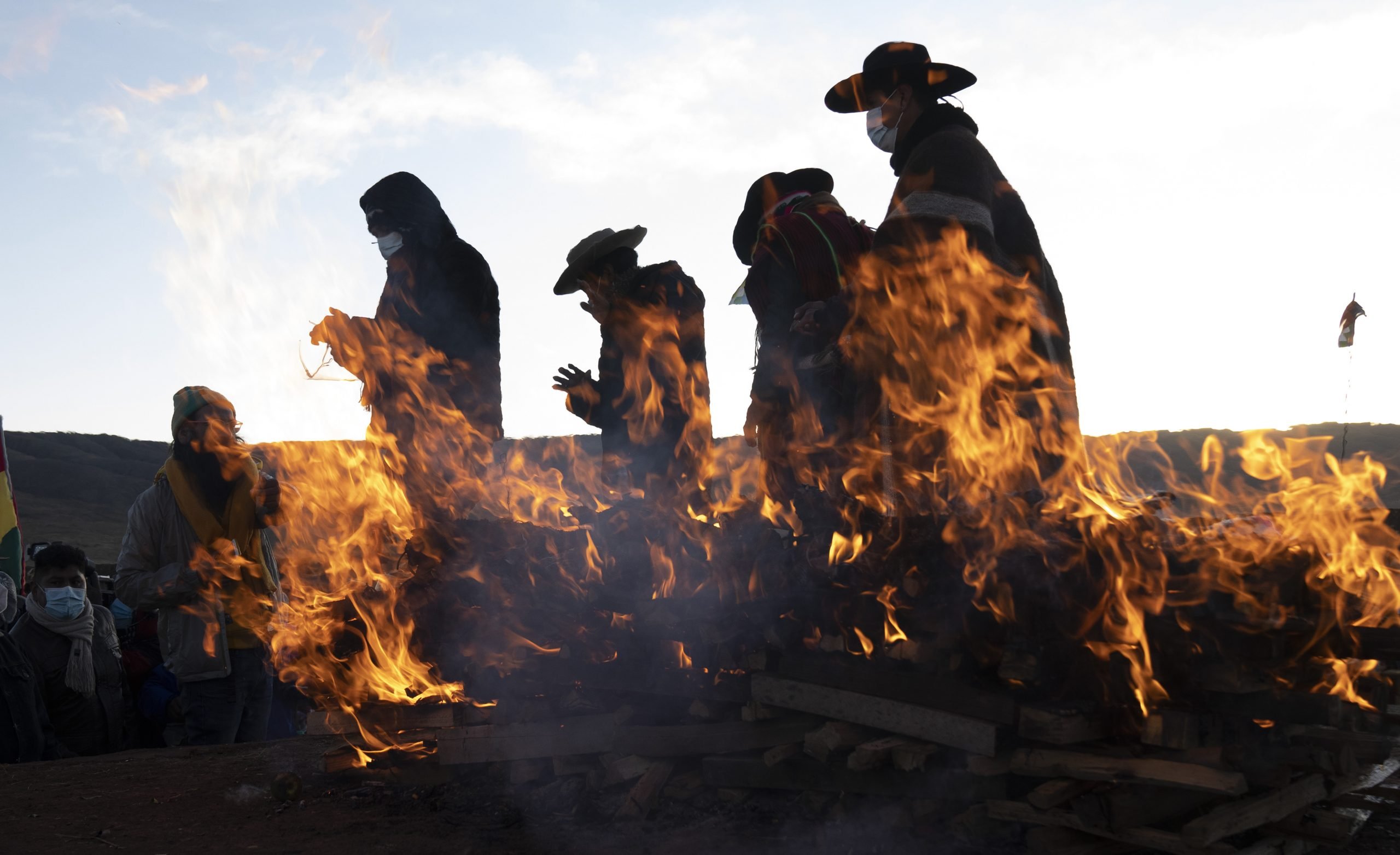 Indigenous Aymara religious leaders complete a New Year’s ritual in the ancient city of Tiwanaku, Bolivia, early Monday, June 21, 2021. The Aymaras celebrate the Andean New Year of 5,529, as well as the winter solstice of the year. southern hemisphere, which marks the start of a new agricultural cycle. (AP Photo / Juan Karita) Revelers dance during celebrations for the â€œInti Raymi,â€ or Festival of the Sun, despite restrictions to prevent the spread of the novel coronavirus, in Cotacachi, Ecuador on Thursday, June 24, 2021. Across the Andes, from the tip of Argentina to northern Colombia, indigenous communities gather in June for the southern hemisphere’s winter solstice to pay homage to Inti, the ancient Inca sun god, in the hope of securing a bountiful harvest. (AP Photo / Dolores Ochoa) 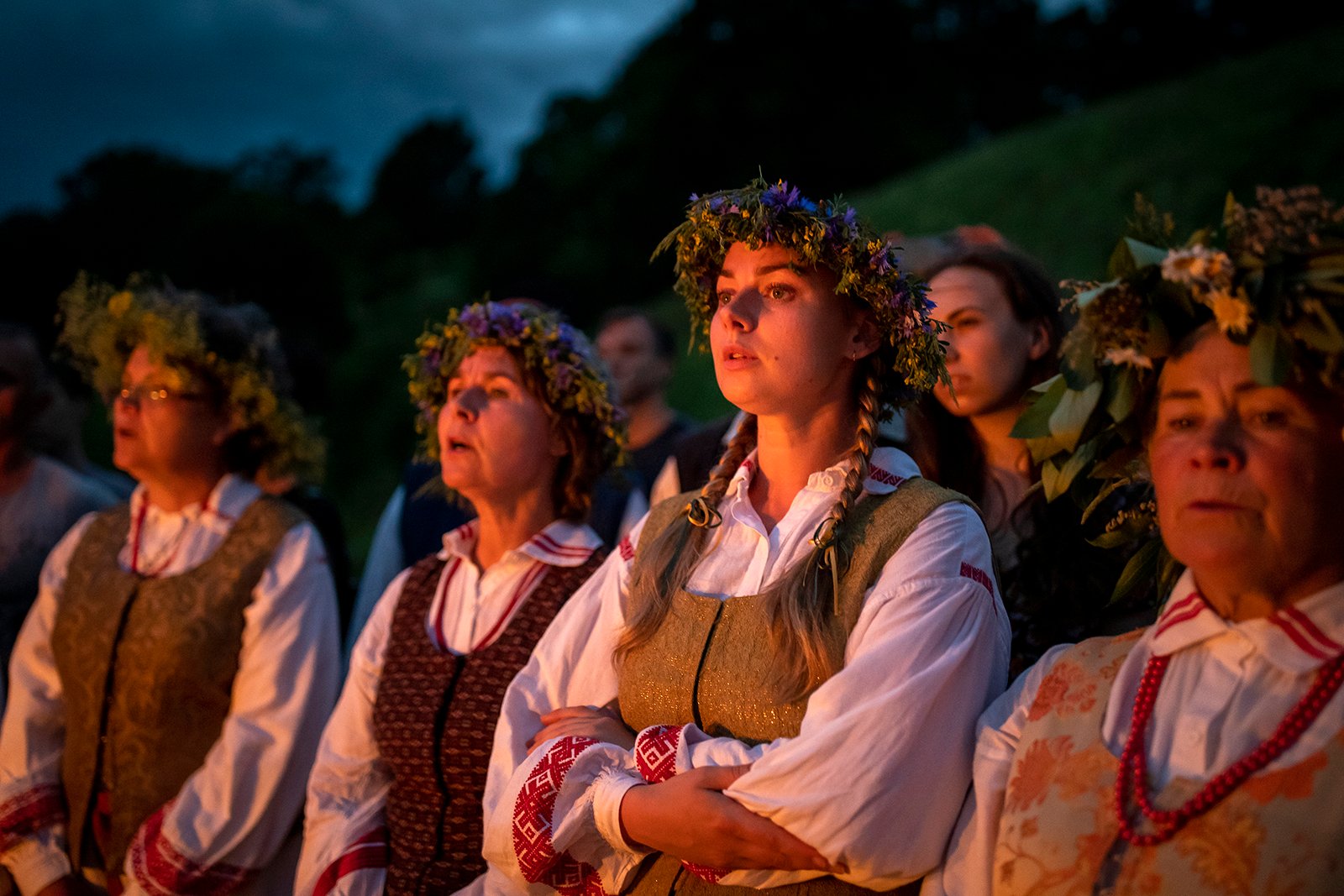 Women wearing flower crowns and traditional Lithuanian outfits sing songs during a celebration of Midsummer Day and the summer solstice in the small town of Kernave, northwest of the capital Vilnius, Lithuania, Wednesday, June 23, 2021. Midsummer or Midsummer, the shortest night of the year, is filled with magic – the festivities include making wreaths of oak leaves and jumping over the flames, and young people are encouraged to go out and look for fern flowers. (AP Photo / Mindaugas Kulbis) 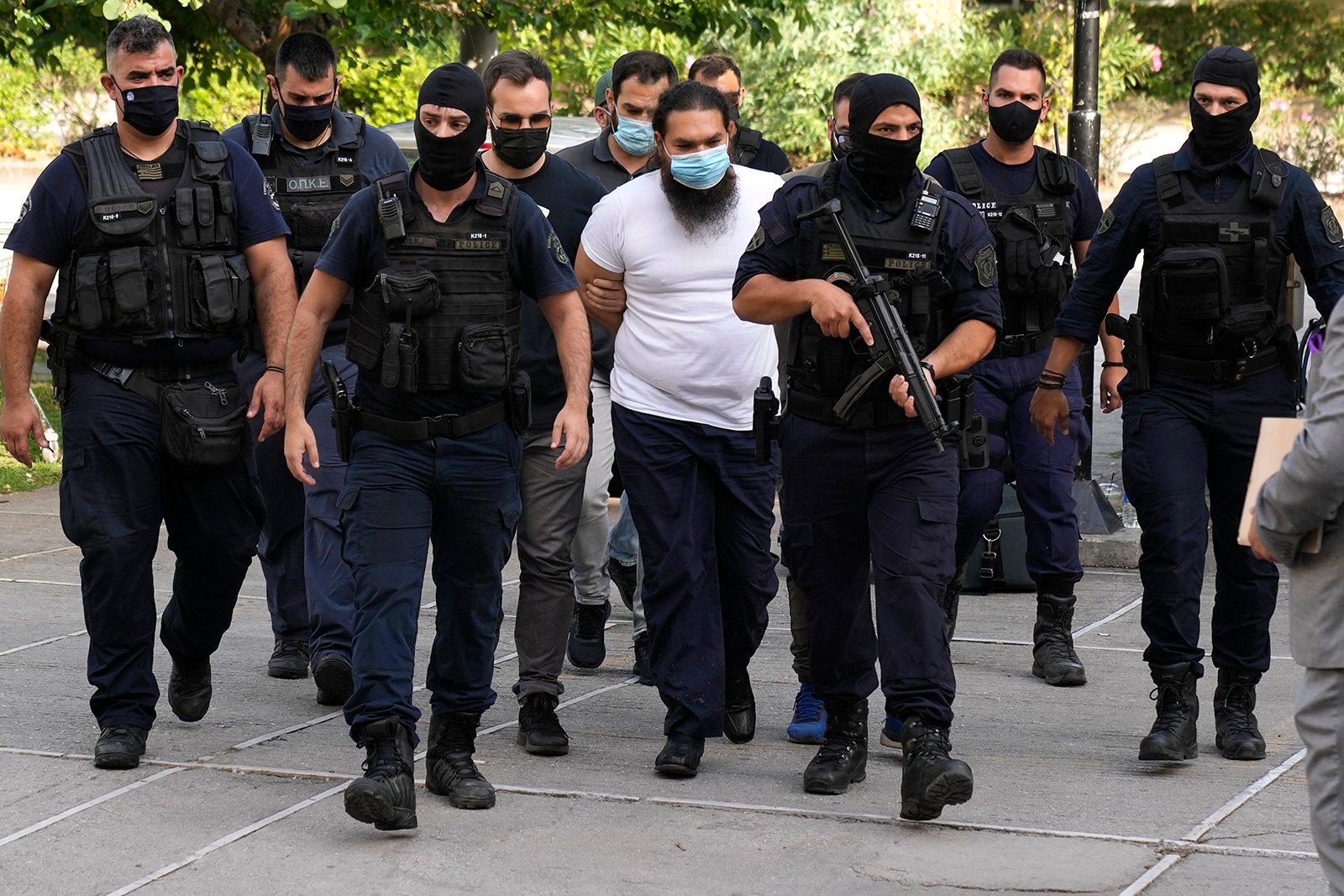 Police escort a suspect, in the center, to the prosecutor’s office in a court in Athens, Greece, Thursday, June 24, 2021. The defrocked Greek Orthodox priest has been charged with several counts of causing serious bodily harm following an acid attack that injured seven senior bishops and three others. (AP Photo / Petros Giannakouris) The new Archbishop of Manila, Cardinal Jose Fuerte Advincula, seated in the center, officiates a Mass during his installation ceremonies on Thursday, June 24, 2021 at Manila Cathedral in the Philippines. Pope Francis appointed the cardinal last March as the head of the largest Catholic archdiocese in the Philippines, with more than 3 million Catholics in more than 80 parishes. (AP Photo / Aaron Favila, Pool) 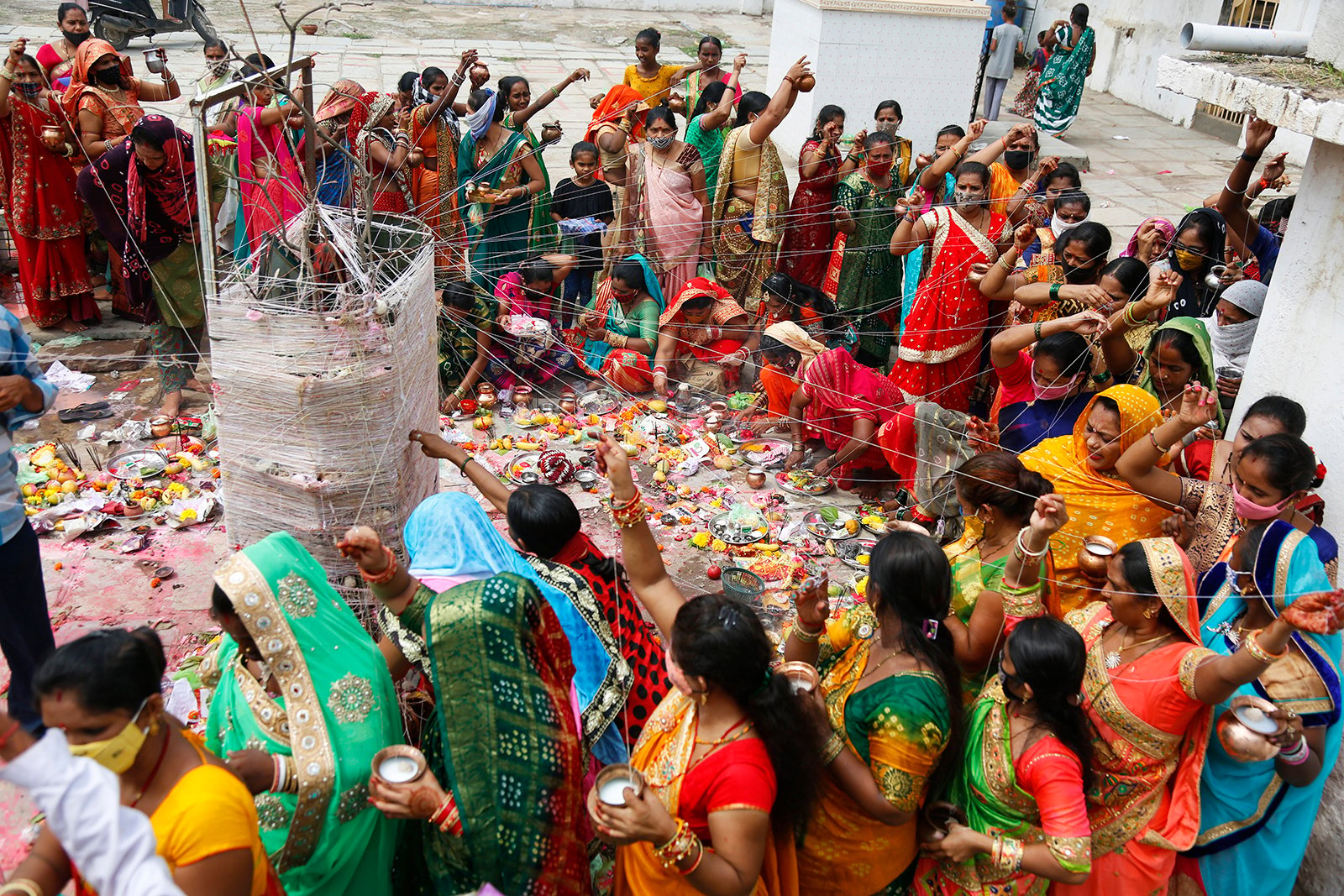 Married Hindu women perform rituals around a banyan tree during the Vat Savitri festival in Ahmedabad, India on Thursday, June 24, 2021. At Vat Savitri, celebrated on the day of the full moon, women pray for the longevity of their husbands . (AP Photo / Ajit Solanki) 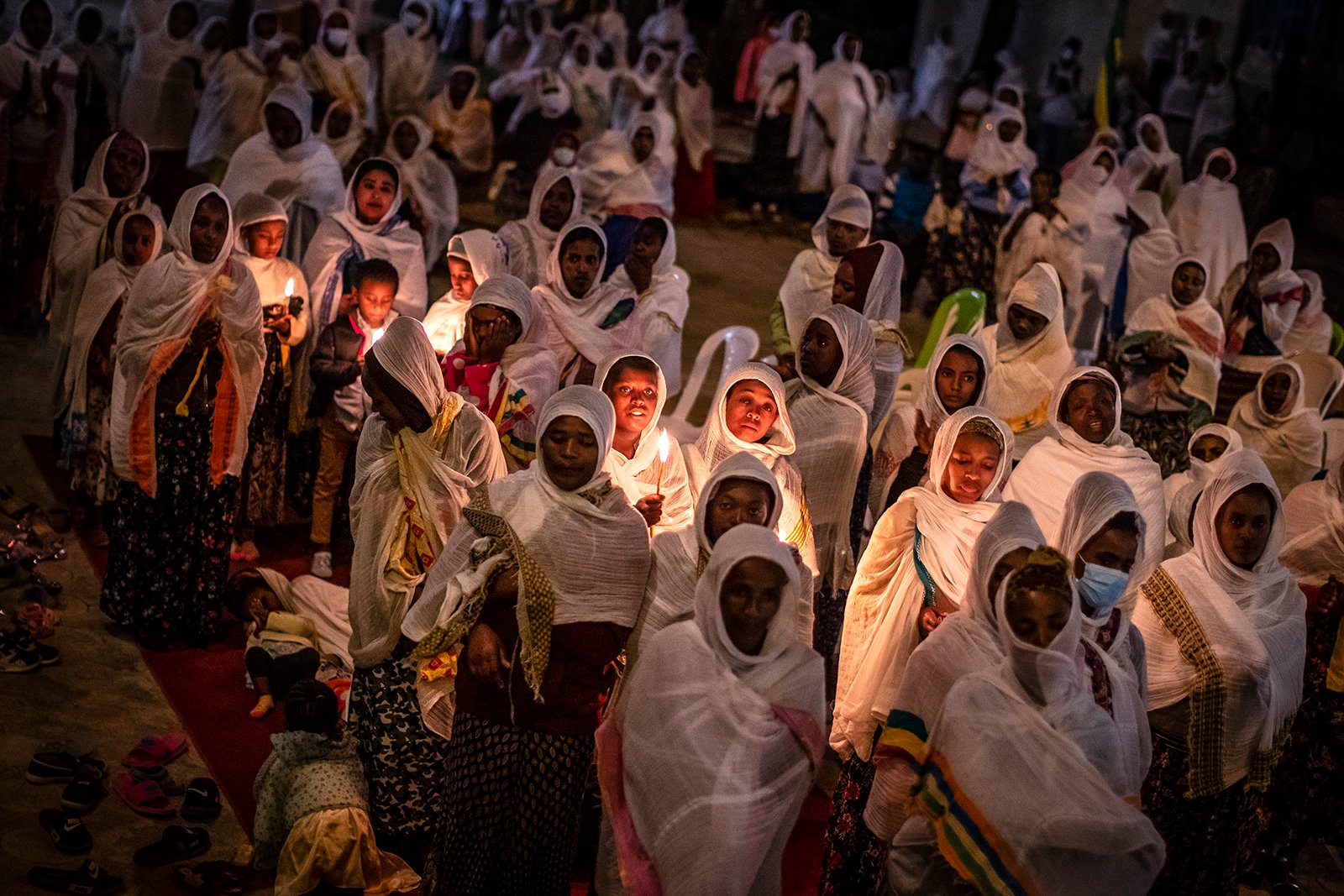 Ethiopian Orthodox Christians hold candles to celebrate Senay Mikael’s Feast, or St. Michael’s Day, as they listen to a sermon at St. Michael’s Church in the Intoto neighborhood on the outskirts of Addis Ababa, in Ethiopia, Saturday June 19, 2021. In addition to celebrating the feast, the priests prayed for peace in the country and in the upcoming elections. (AP Photo / Ben Curtis) 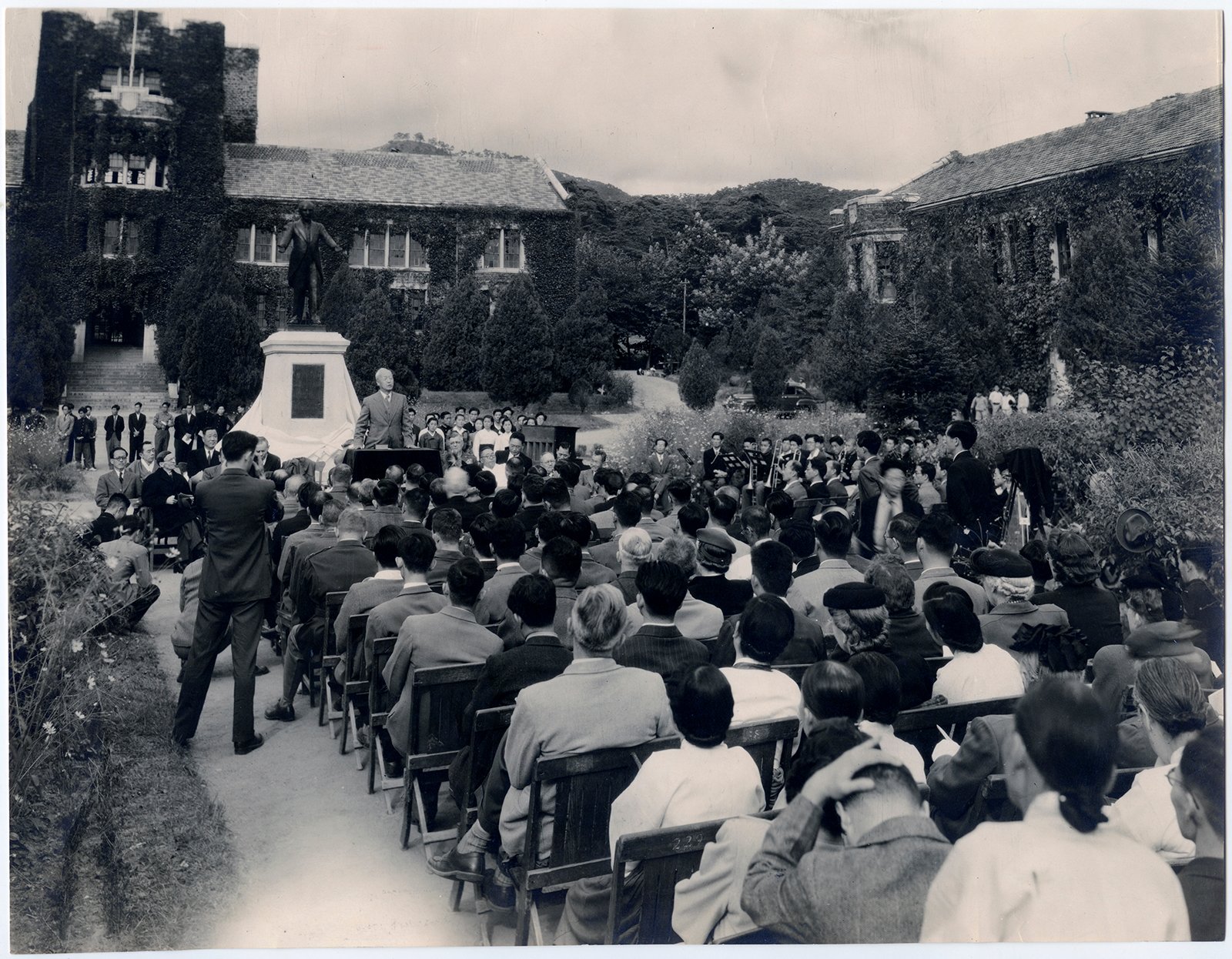 A statue of the late Dr. Horace Grant Underwood, the first Protestant missionary to Korea and founder of Chosen Christian College, is unveiled on the college grounds in Seoul, South Korea, circa October 1955. Speaking from the podium in front of the statue is Dr. Syngman Rhee, the first president of South Korea. RNS archive photo. Photo courtesy of the Presbyterian Historical Society. 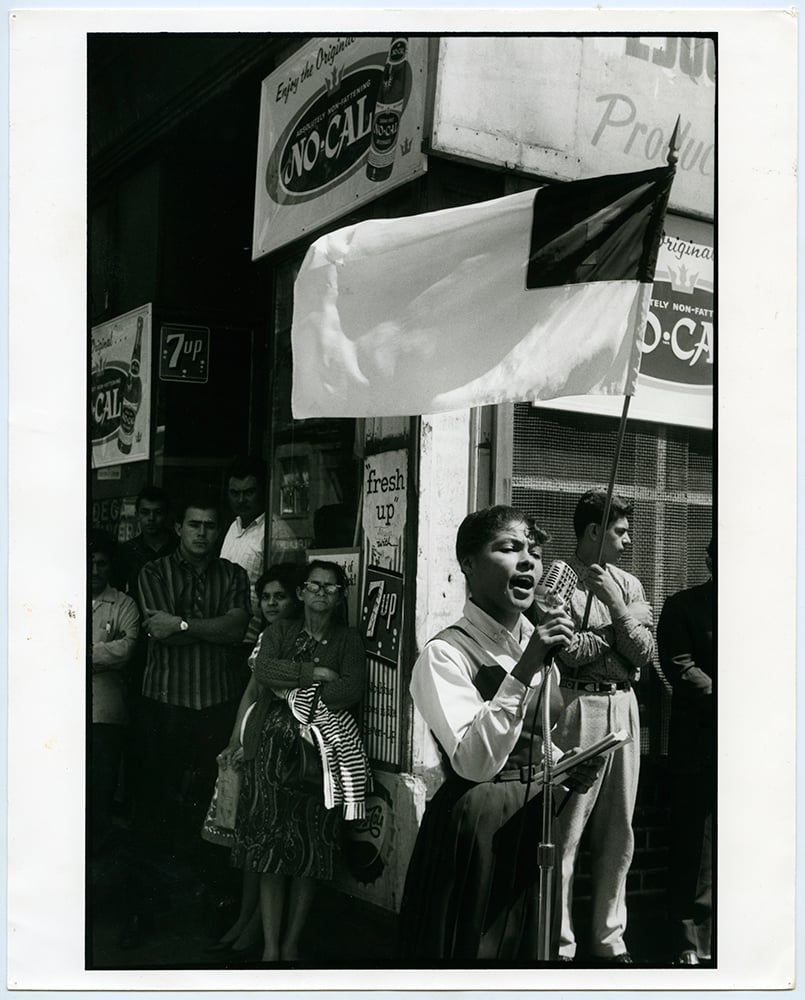 A young woman preaches on a street corner on the Lower East Side of New York, circa 1972. RNS file photo. Photo courtesy of the Presbyterian Historical Society.